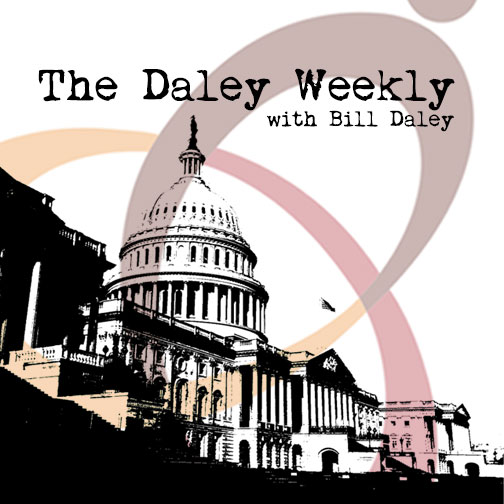 Well, I have been searching Craigslist for the perfect little place to park my camera gear while in Seattle. I just need a place for three months, furnished, with a deck so I can smoke and a kitchen so I can burn the toast while I am out on the deck. Found the perfect place. Got a written and signed lease and ignored the warning not to send money. Idiot. I am on the street again living out of a suitcase, out a couple of grand, and nearly penniless. But I do have health insurance to help cover the cost of my hypertension prescription.

Everything that the Congress left hanging in the air when they left for their August recess is still hanging in the air. The Transportation Department lessened the emergency around the need for money for the Highway Trust fund by announcing that the fund was going to be just fine well into next year. And the Treasury Department thrust the Debt Lid back on the agenda by announcing that the U.S. borrowing limit would be reached as early as next month. Tea Baggers in Congress who apparently are willing to shut down the government rather than provide funding to Planned Parenthood may get their chance soon.

The steady stream of refugees driven into Europe by violent conflicts in Iraq and Syria has become a river. Frightening scenes of the police beating back crowds, terrified children, and folks trapped in train stations are juxtaposed with efforts by other countries to deal with the fleeing masses. The U.S. just agreed to take in 10,000 and France, Germany, and England also are offering accommodation. But Hungary and Macedonia are not so open to all this. Perhaps they are waiting for Donald Trump to make the inevitable candidate visit overseas to establish his foreign policy credentials. While there, perhaps he’ll help the Hungarians design the border fence they are proposing and perhaps even convince the Syrians to pay for building it. (Whoever the Syrians might actually be these days.)

The Senate Democrats gave the President a major victory when they blocked Republican efforts to stop the nuclear deal with Iraq. They defeated the effort by refusing to give the 60 votes needed to proceed to debate on their measure reversing the deal. Big leadership kudos on this go the Sen. Dick Durbin of Illinois who took charge of the effort to prevent a reversal of the agreement when Sen. Harry Reid of Nevada dithered and Sen. Chuck Schumer of New York, the supposed next Democratic Leader, opposed it.

We thought that an essential bit of intelligibility about the situation in the Land of Perpetual Conflict had finally emerged when the U.S. apparently gave the Turks tacit approval to attack the Kurds, the most effective military force against ISIS. Another little bit of clarity came this week when a fellow known as Ayman al-Zawahiri – the post-Osama leader of Al Qaeda – attacked the top leader of ISIS for “sedition” because he had proclaimed himself Caliph. It must be good for us that these two are not joining forces and it certainly reduces the level of confusion.

ACA enrollments reached 9.9 million by mid-year. Eighty-four percent of these were receiving subsidies.

When the Heritage Foundation attacked the Obama Administration for incompetence over a cyber security breach at the Office of Personnel Management, they apparently did not realize that someone was hacking into their own web site and stealing personal information about their donors.

The Federal Reserve seems poised to make some kind of an increase in interest rates, but cannot find the right time to do it. Just when everything looks peachy, China goes in the ditch or Greece decides it’s had enough and tries to rebel against austerity, or the jobs numbers are blah. I’m not sure I care. The stimulus that the Fed has given to the U.S. economy over the last few years has kept us from falling into the austerity trap, in spite of the very best efforts of some in Congress.

The U.S. Justice Department this week announced that it has a new policy – corporate officers will now be held personally culpable for criminal offenses committed by their companies. You will have noted to your chagrin the past practice of fining the company, but letting the criminal behavior of the people who work in the company go without prosecution. This is a critical step forward in efforts to stem the criminal behavior of multi-national financial institutions that have bilked investors and consumers out of billions, laundered trillions of dollars for the drug cartels, and manipulated currencies to bring themselves massive profits. I knew I liked that Etta who took over as Attorney General – at last, my love has come along.

Remember that during one of last year’s interminable budget fights, Speaker John Boehner used the threat of bringing a lawsuit against the Administration over the ACA to quiet some of the dissent in his Caucus. Alas, this week a federal judge ruled that the House of Representatives does have standing to bring this suit. No telling where this might go, but it is yet another threat to subsidies under the ACA. The judge allowed the part of the suit that challenges the right of the Administration to fund the mandatory subsidies without having to get an appropriation directly from the Congress.

Interesting to note that Ben Carson has tied Donald Trump in a recent Iowa poll. We thought that that Trump has peaked out at just over 20 percent, but he seems to have reached 37 percent in a South Carolina poll.

Jeb Bush seems completely befuddled by the destruction of his Front Runner status. Befuddlement must be the state of a whole bunch of candidates over there – the plan went off the tracks.

Chris Christie is looking over his shoulder again because three leading executives of United Airlines have resigned as they are facing a criminal investigation centered on David Samson, Christie confidant and the former Chair of the New York, New Jersey Port Authority. The charge is that the airline established a special, money-losing flight route to accommodate Samson’s vacation travels while they were asking for major investments in the Port-operated Newark Airport.

Rick Perry’s second run for President is over. He was running out of money. Given that Perry barely made a dent in the polls, it won’t make much of a difference, big picture.

On the Dem’s side, Martin O’Malley also is cutting staff. Never a positive sign when you are already in a deep hole. No word on staff cuts from what’s his name from Virginia or from Lincoln Chaffee. No real sense that either of them actually have staff to cut. A week or so ago Conan O’Brien, the talk show host, decided to try to move Chaffee from zero to one percent in the polls. So far, Chaffee is still at zero.

Looks like Puerto Rico may be about to sink back in the ocean – ocean of debt that is. Much like Greece, Puerto Rico is one of the victims of the great fraud induced Recession. Less growth plus fewer tourists equals bankruptcy. The hedge funds that own a whole bunch of Puerto Rican debt are suggesting that while states might be able to default on loans but not so a mere Territory. The hedgers are suggesting that the Puerto Ricans would be much more prosperous if they destroyed their economy by laying off a bunch of teachers, reducing health care benefits and cutting their minimum wage. But, the hedgers tell them, no restructuring of the debt.

This austerity prescription will lead to economic lassitude, just as it has everywhere else. The hedgers will lose their money anyway while imposing even further impoverishment on the Puerto Ricans. What is the point here?

We are waiting for some hedge fund manager to leap before the karaoke mike and inform us in song: “I feel petty, oh so petty.”

It looks as though Alaska’s Gov. Bill Walker may be going to pull it off. Remember, the legislature dithered around with his request to expand Medicaid so he decided to go ahead and do it anyway.

Naturally he got sued, but a judge just gave his plan the OK.

It gives me spinal shudders and nervous twitches, but the Congress has returned and is set to be in D.C. for the next couple of months with the exception of the week of September 21 and the week of October 12.