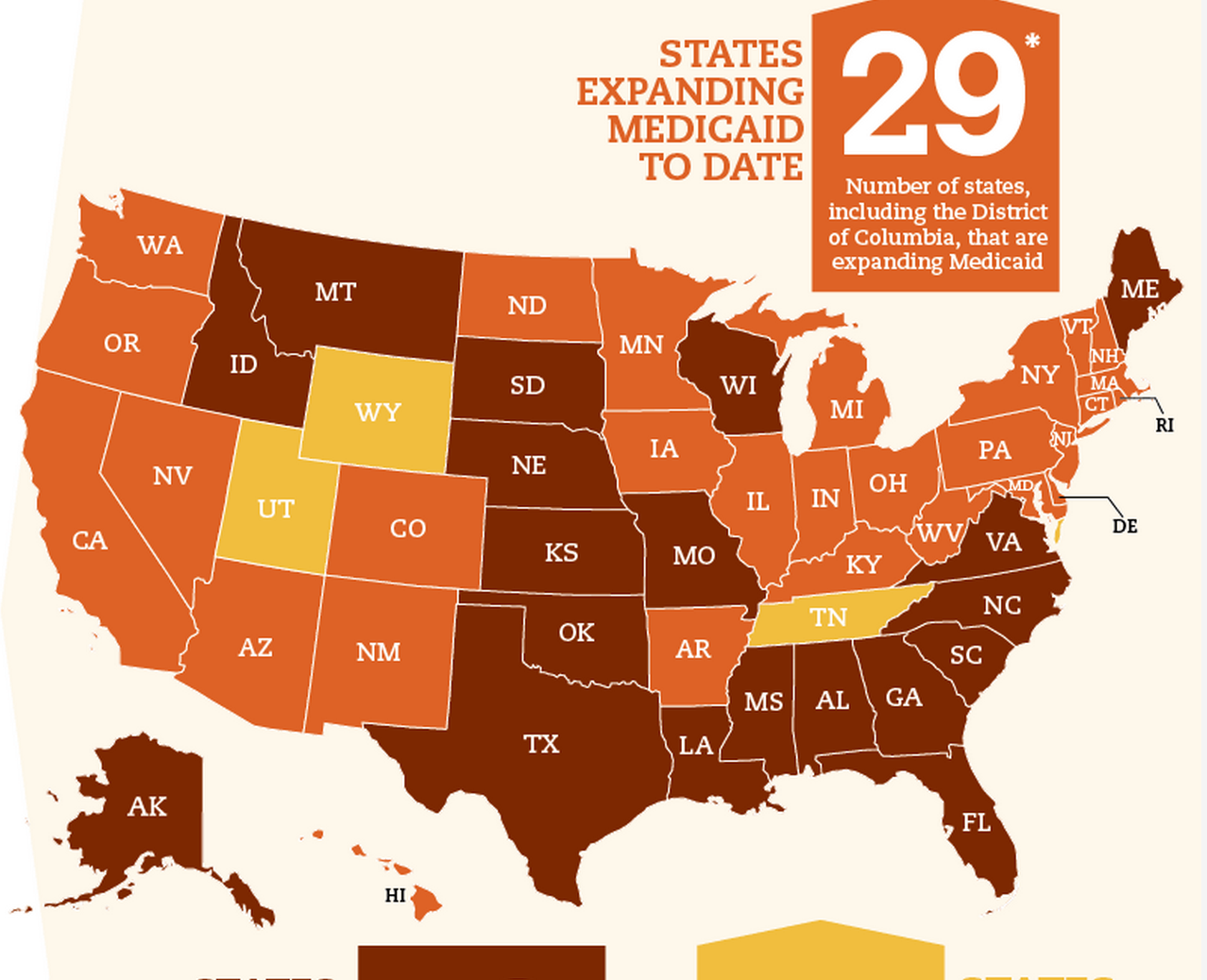 With two weeks left in the second enrollment period for Affordable Care Act health coverage, marketplace enrollment is projected to reach between 9 million and 9.9 million people this year. That’s a net increase of between 2 and 3 million people gaining coverage through the marketplaces. Millions more will gain coverage through Medicaid expansion.

That’s something to celebrate – but the celebration could be short-lived for many people. Instead of figuring out how to get more people health coverage in 2015, many newly-elected and re-elected state legislators and governors are actually plotting how to take health care away from people who just received it for the first time.

It’s a real threat to people who’ve just gained coverage through Medicaid expansion – especially in states where incoming lawmakers are openly hostile to anything related to the Affordable Care Act. Those at greatest risk of losing coverage are women and people of color.

In Arkansas, where 211,000 people recently gained coverage, the state legislature must reapprove the Medicaid expansion plan by a three-quarters majority again in 2015. The incoming Republican governor is unenthusiastic about the plan – and expansion opponents won seats in the legislature. That doesn’t bode well.

The continuing failure of more than 20 states to adopt any expansion plans at all, and the prospect of newly elected legislators revoking expanded coverage for hundreds of thousands of residents, represents a serious health threat to women.

A recent 50-state report card on women’s health by the Alliance for a Just Society clearly shows that most of the states that rejected Medicaid expansion have poor or failing records on women’s health. When it comes to ensuring that women have access to health care, the majority of legislators in these states have turned their backs on women.

The 2014 Women’s Health Report Card ranks and grades every state in the country on 30 distinct measures of women’s health. The results: 17 of the 21 states that rejected Medicaid expansion received final grades of C, D or F – and 13 of those states received a D or F.

Politicians in these states are failing women, but they are especially failing women of color who are more likely to be working low paying jobs, not covered by health insurance, and are least likely to have access to medical care.

While it’s encouraging news that Wyoming, Montana, and even Idaho seem to be moving toward Medicaid expansion, it will also leave our nation with a disturbing illustration of how alive and well racial segregation is in America. Take a look at the map of states that are refusing coverage to their most vulnerable residents: being denied access to health care is the latest Jim Crow.

Lawmakers in states that haven’t expanded Medicaid yet should move quickly to adopt expansion plans this year. If they don’t, they will bear the responsibility for their states falling even further behind on women’s health, and worsening racial disparities in our health care system.

As for lawmakers considering a vote to take health care away from thousands of their constituents, all I can ask is: Seriously? Do you really want to do that?

I can’t imagine that many will take kindly to it. And just in case anybody’s forgotten, there’s another election just a couple years away.

LeeAnn Hall is the executive director of the Alliance for a Just Society, a national policy, research and organizing network focused on racial and economic justice. The Alliance has produced pivotal reports on state and national health issues including Medicaid, prescription drugs, and insurance industry practices for 20 years.