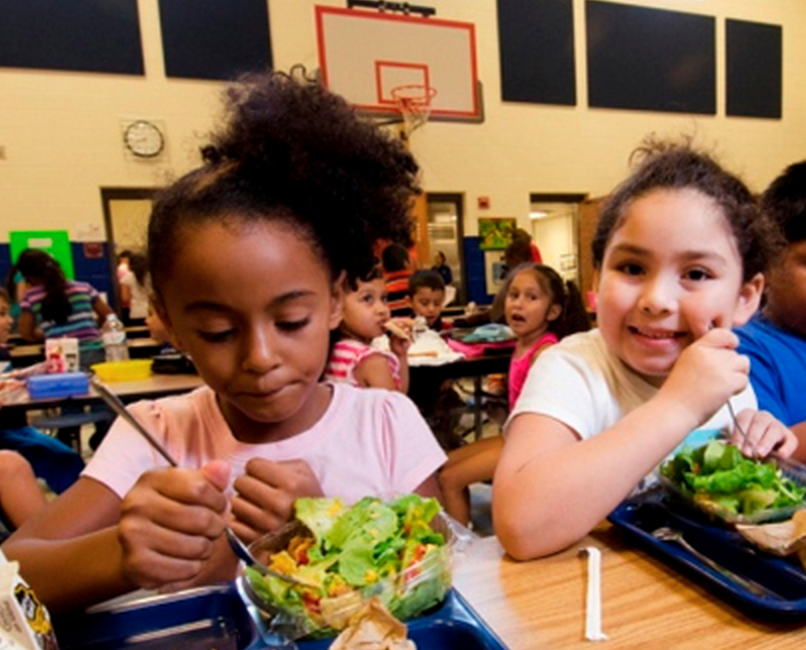 The survey results come just as congress is considering whether to renew the Healthy, Hunger-Free Kids Act law enacted in 2010 by President Obama that sets nutrition standards for school meals. The measure expires on Sept. 30.

The legislation requires that meals include at least a half-cup serving of fresh fruit and vegetables. First Lady Michelle Obama made healthy school meals key part of her signature “Let’s Move” campaign.

Among the key findings in the Kellogg Foundation survey:

Also, of those surveyed, 91 percent said encouraging children to drink more water is a top priority.

The Kellogg Foundation survey also found that about 90 percent of Americans support more government spending on farm-to-school programs, which bring food from local farms into school cafeterias and teach children about nutrition.

With so much public support for healthy school lunches, it seems reauthorization of the bill would be a natural. But opponents, including the School Nutrition Association, say the healthy lunches are a financial burden for schools because of the cost and preparation time for fresh fruit and vegetables.

Others say food is wasted because children toss out the fresh food.

But the U.S. Department of Agriculture found just the opposite in its research:

“Kids are eating more healthy food and throwing less food away. Plate waste is not increasing. A study released in March 2015 by the University of Connecticut’s Rudd Center for Food Policy & Obesity shows that students are eating more nutritious foods and discarding less of their lunches under the healthier standards.”

In many studies, healthy school lunches have been shown to help students do better in class and develop better eating habits.

According to Lessons from the Lunchroom, for low-income children, school lunch may be their only real meal of the day. Changes to the way healthy foods are presented and marketed in the cafeteria can have significant benefits, and can encourage children to try new foods.

The National School Lunch Program, which was created in 1946 in response to the malnourishment of U.S. children, is supported by taxpayer dollars.

Complete results of the W.K. Kellogg Foundation survey are available online at wkkf.org/2015SchoolFoodPoll. The poll is being discussed on social media at #KeepKidsHealthy.