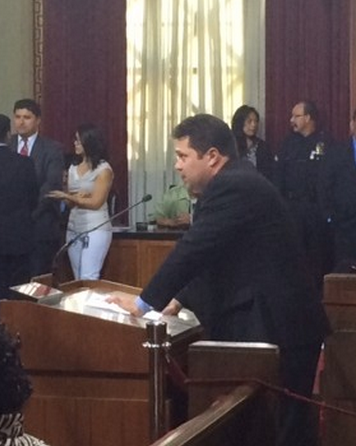 Los Angeles has become the biggest city in the nation to gradually raise the minimum wage to $15 an hour, Los Angeles City Council members voted 13-1 today to more than double the federal wage by 2020.

Los Angeles City Council members signaled two weeks ago that they would raise the minimum wage, and took the final vote today at their regular meeting.

During the earlier meeting, Kevin Litwin of Main Street Alliance of California, spoke in support of raising the wage even higher.Watch his testimony here: https://youtu.be/C2kEs8D3ZIY

“I am the Chief Operating Office at Joe’s Parking, and a member of the Main Street Alliance. Together we are support raising the L.A. minimum wage to $15.25. When Joe’s Auto Parks was founded in 1959 minimum wage was just $1 an hour. We didn’t pay the minimum then, and we don’t pay the minimum now. For over 50 years we have been committed to offering fair wages and attracting the best and brightest employees to manage our locations. That’s how we grew to one of the largest operations here in downtown L.A. We strongly hope you pass this and raise the wage to $15.25,” said Litwin.

The Council chambers were packed with more than 100 residents of the city, the vast majority supporting the minimum wage increase, and dozens of workers and community leaders providing comment echoing Litwin’s support.

After hearing the support and concerns of those in attendance the Council turned in a 14-1 vote in favor of raising the city’s wage to $15 gradually over the next 5 years. The full council vote next week before being written into law. The first wage bump will occur in July of 2016 when wages will rise to $10.60 an hour annually on their way to $15 by 2020.

Los Angeles joins Seattle and San Francisco, cities that recently passed laws to phase in a $15 minimum wage over several years. Chicago passed a minimum wage increase that plateaus at $13.

Cities and states throughout the country are discussing and debating minimum wage increases, including Maine, where Maine People’s Alliance is circulating petitions for a minimum wage referendum. 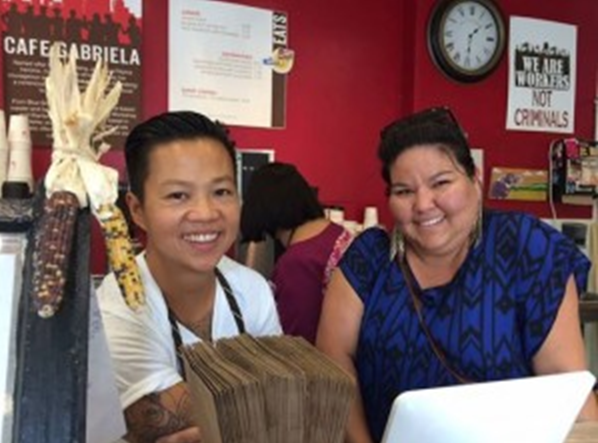 Main Street Alliance business owners across the country are proud to stand with our partners in Oakland at EBASE to support raising the minimum wage and increasing access to paid sick days.

Rising income inequality is the moral and economic challenge of our time. Main Street business owners understand that small business success is directly tied to the economic vitality of the communities in which they do business.  The increasing wealth gap not only harms low-income people, it also creates a downward spiral of falling demand that hurts small businesses.

We know that consumer demand drives the Main Street economy. Our employees are our neighbor’s customers and when workers have more money, businesses have more customers. With an increased customer base businesses can hire more workers, in turn further increasing clientele. In this continuous cycle, increasing economic security for workers provides a boost to the bottom line of local small businesses.

Every job should be an economy-boosting job, which means jobs that pay a family-wage and provide access to basic workplace standards such as paid sick days. We all get sick, but not all of us have the time to recover—and that affects us all. By allowing our employees to earn paid sick days, small business owners increase productivity and save money in the long run. Employees who come to work sick are less productive and recover more slowly. They’re also likely to spread illness to co-workers, which reduces productivity and increases absenteeism. Earned sick days also help to retain good employees and keep turnover costs at a minimum.

At The Main Street Alliance, we’re excited that there’s growing support in cities and states throughout the country for necessary, common sense workplace policies and raising the minimum wage. Together we can help redefine “good business practices” and lift up the real voices of small business owners.