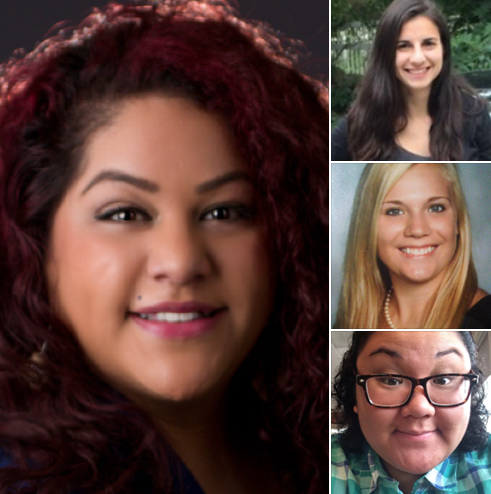 Since 2008, states across the country have decreased their investment in higher education, with every state except for Alaska and North Dakota providing less per student in 2014 than in 2008. These cuts have led colleges and universities to increase tuition to make up for the lost funding, shifting that burden onto students and their families.

“A Mountain of Debt,” released this week in Washington and Connecticut, show clearly that when students face increased tuition and low wages, many must turn to student loans to cover costs. In fact, nationwide 70 percent of students graduate with student loans. The average amount of debt at graduation is $29,000.

Students in states like Washington and Connecticut find themselves unable to get by without loans for college, and unable to easily pay them off after graduation.

“I was working 80 hours a week to pay for school and living expenses. My average day would include working multiple fast food jobs sporadically thrown between classes, working one job until 8:30 at night, working 10 p.m. until 4 a.m. loading trucks in a factory, then getting up for class at 8 a.m. and doing it all over again,” said Alex Katz, a student at the University of Connecticut.

Christina Hoadley, a student at Central Connecticut State University, works two jobs to help pay for college, but still is worried about the prospect of paying off her loans. “After grad school, I anticipate walking away with a loan amount to the tune of $40,000. I’ll have to begin paying on all that within 6 to 8 months after completing school. It’s a lot of stress knowing the huge weight of debt that lies ahead.”

In Washington, Roxana Pardo Garcia loves the work that she has found since graduation, but she does not earn enough to make paying off her student loans easy. “My current student loan debt load is $19,000, and my loan payments take about 20 percent of my monthly take-home pay. I just wish I could help my mom out more. After all, she is the reason I went to school: to lift us out of the cycle of poverty.”

Bernadette Binalangbang of Tukwila, Washington has had to take a job outside of her field just so she can work to pay off her student loans. “I really love to bake and making pastries is my passion, [but] I’m currently employed full-time at a medical lab. It’s a complete shift from what I’d like to be doing, but it pays my bills and keeps me afloat — just barely. My student debt payments take up more than 30 percent of my monthly income.”

Disinvestment by states has left students and graduates like Alex, Christina, Roxana, and Bernadette in an uphill battle against the mountain of debt they’ve accumulated. States like Washington and Connecticut need to reinvest in higher education, or even more students will find themselves with no choice but to take out loans that they will repay for years to come.