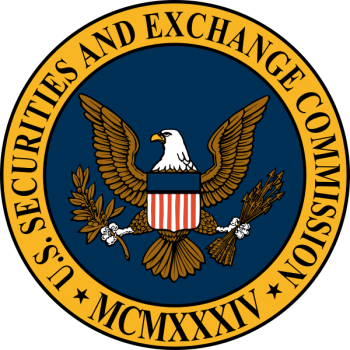 Over the last year and a half, the Alliance for a Just Society and Main Street Alliance have participated in efforts to mitigate the corrosive effect that secret corporate political donations have on the political process.

Just a few days after the November election the staff of the Securities and Exchange Commission (SEC) announced that it was processing a rule requiring that “public companies provide disclosure to shareholders regarding the uses of corporate resources for political activities.” These activities will include both campaign donations and lobbying activities. Last week a formal announcement of the intent to process this proposed rule was issued by the SEC.

This is an important development. Even though the Supreme Court’s decision in Citizen’s United is replete with references to “disclosure,” neither the Congress nor the Federal Elections Commission has established disclosure rules for corporations. Consequently, hundreds of millions of dollars have been funneled anonymously into elections and lobbying since January of 2010 when the decision was given. For example, over $80 million in secret money was given by the health insurance industry to the Chamber of Commerce to oppose candidates who supported health care reform.

While many prominent corporations already disclose political expenditures, many do not. The SEC rule, if adopted, would give the shareholders of corporations information about how their investments are being spent in the political arena. While much of the attention recent attention has focused on campaign donations, the proposed rule also would effect lobbying expenditures.

In addition to supporting legislation in the U.S. Senate, the coalition has mounted a campaign to encourage action by the (SEC) to process rules on this issue. The proposed Senate bill would require publicly traded corporations to permit shareholders to vote on corporate political donations. Senate efforts to pass a DISCLOSE Act were blocked by a threatened filibuster by Republican Senators and is unlikely to pass the Congress any time soon.

A request for rule making was placed before the SEC in August of 2011. This proposed rule would require publicly traded corporations to disclose corporate political expenditures to their shareholders – but would fall short of requiring a shareholder vote of approval. The SEC received over 300,000 messages from the public urging them to act on this issue – a record number.

The Alliance for a Just Society and The Main Street Alliance have participated in activities during corporate meetings and in efforts to support passage of both Congressional action and an SEC rule.

This summer, along with other organizations, the Main Street Alliance met with then SEC Chair Mary Shapiro and senior staff. The MSA helped bring a small business perspective to this debate. Our direct contribution to the discussion focused on recent academic research showing that corporate donations possibly benefited the executives in donating businesses but not the overall success of the corporation. Main Street Alliance argued that this was a significant consumer protection for small business owners who invested in stocks and deserve to know how corporate monies are being spent.

At last there may be some relief in sight.