Black Friday turned out to be more than about recovering from food comas and hittin’ the mall.

It was about standing up to one of America’s grossest violators of the public trust.

Across the country, Alliance affiliates stood up in solidarity with our union partners on behalf of Walmart workers who are among the most underpaid in the country.

In Seattle, the Alliance was represented as well over 100 protesters rallied in Renton, Wash., in support of workers. 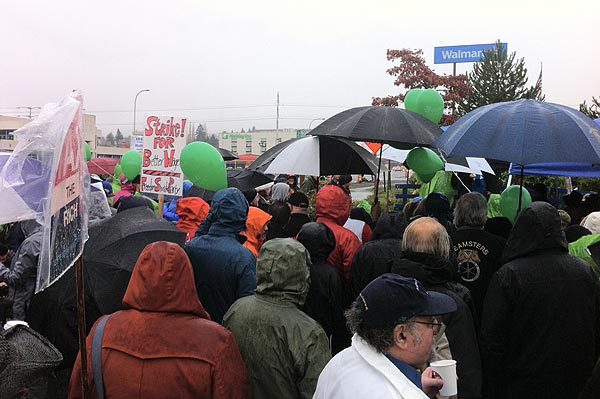 Protestors braved the rain in Seattle.

The op-ed raised up the obscene difference between living wages — as calculated in our Job Gap Report — and the wages actually earned by employees.

“There are many benefits to society when people earn living wages. The cost of community services go down. Consumer spending increases, creating an economic ripple effect that benefits the entire state. Crime and homelessness decrease. In this land of opportunity, an honest living should provide enough to make a living. Support those who still believe in that most American of ideals.” 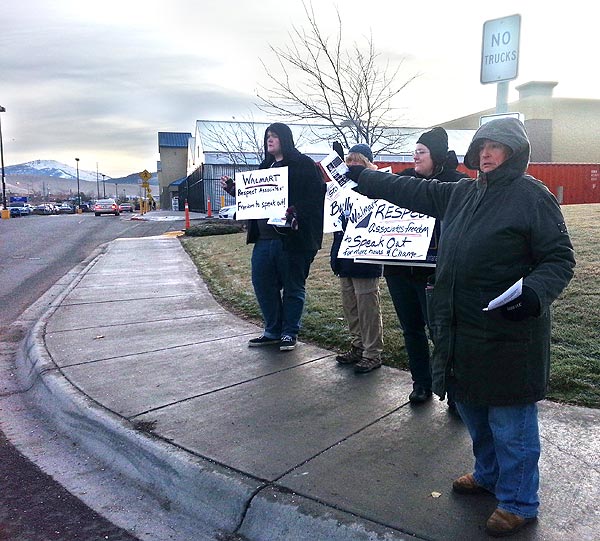 MOP hits the streets in Montana.

In Montana, the Montana Organizing Project (MOP) worked with several groups, mobilizing for a morning Black Friday rally and getting signatures for a petition.

One MOP member, Karen Kearney, described how workers are treated.

“Walmart keeps their employees poor, forcing them to use public services such as food stamps and Medicaid because they don’t provide the substantial hours that would qualify their employees for health care benefits,” she said.