A report released by AFL-CIO lays out the state-by-state impact of cutting Social Security, Medicaid and Medicare.

Over the next few weeks, Washington will be struggling to steer the country clear of the so-called “fiscal cliff” of huge and indiscriminate budget changes. Some in Washington are saying that “everything needs to be on the table” for this debate, including cuts to Medicaid, Medicare and Social Security. And while pundits debate whether all this cliff talk is just hyperbole, the impact of these decisions on working families across the country is as real as it gets.

Just what will the impact be? The AFL-CIO just released state-by-state reports that lay out the effects these cuts would have, including: 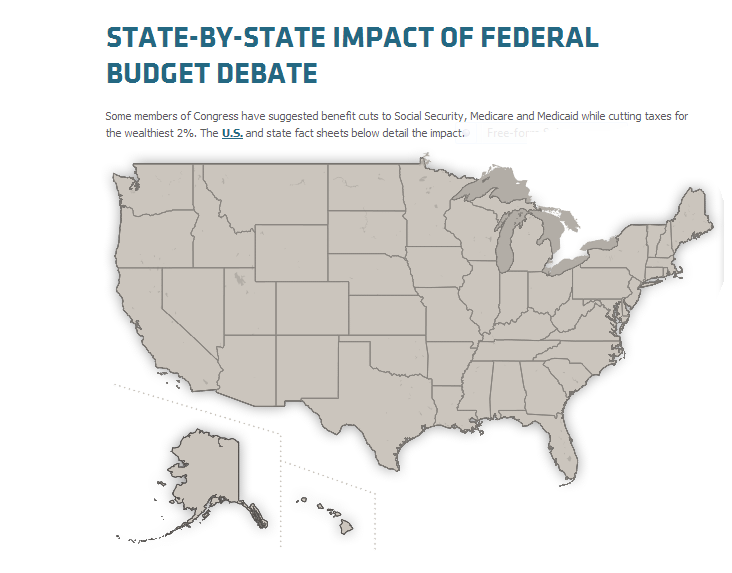 The report is part of AFL-CIO’s “Five Weeks to Protect Our Future” campaign and can be found here:  http://www.aflcio.org/Get-Involved/Protect-Our-Future/State-by-State-Impact-of-Federal-Budget-Debate