Depending on whom you ask, Baker Montana is either in the middle of nowhere or in the middle of the everything. Although for the answer to be the latter, you would need to be asking someone from Baker. A community of 1,800, Baker is an small rural community in far eastern Montana; 200 miles away from Billings, Rapid City, South Dakota and Bismarck, North Dakota. And it’s an oil town. 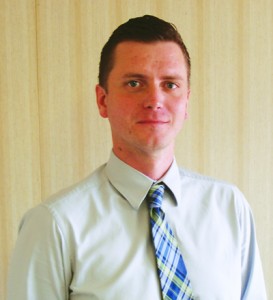 Bordering the booming Bakken oil region, and with some of the oldest oil wells in Montana, Baker is a town very familiar with the boom and busts of oil and gas development. Politically, Baker is unmistakably conservative, due in part to the number of residents employed in oil and gas and its isolation from urban centers. It is a community that has to take care of itself, as it tends to be an afterthought in decisions made at the state capitol in Helena (461 miles away).
With this in mind, it would be easy to assume that the community would elect those that fit into the conservative mold and that coddle the oil and gas industry. That’s the problem with assumptions.

Meet Alderman and Montana Organizing Project Board Member, Brandon Schmidt. At 30 years old, he is one of the youngest Montanans statewide serving on city council, but more importantly he is the rare city council member willing to speak truth to power when it comes to oil development. In 2013 he lobbied the state legislature with the Montana Organizing Project to repeal the out of date oil and gas tax holiday (an 18 month tax break for new oil wells robbing our communities of millions of dollars every year). Repealing the holiday and replacing with a price trigger (similar to what North Dakota does) would bring much needed revenue to communities like Baker in Montana that are struggling to keep up with the impacts of development, from roads and bridges badly in need of repair, to strain on hospitals, schools, and public safety.

More importantly it would make the oil and gas industry pay their fair share. 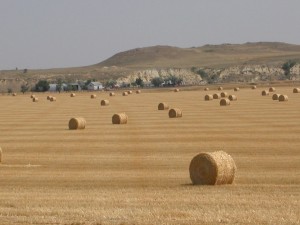 Before the legislative session many city and county officials in eastern Montana expressed the need for help and were willing to acknowledge that the oil and gas tax holiday was hurting their communities, but when it came time to advocate for change in public policy, Brandon was the only one brave enough to publicly walk the walk. And it was noticed. In an otherwise empty election, two people filed to replace him as the Alderman. The election was very much going to be about whether Baker wanted someone who advocated for the community, or coddled industry. 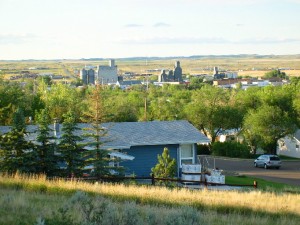 The results are a true reflection of the real Baker politic.

In a 3 way race Brandon received 63% of the vote, proving in the most real of terms that voters in Baker want its elected officials to support community over industry, that the voters want to see investment in infrastructure, and want to be represented by public officials willing to stand up the powerful interests.

One thought on “The Realpolitics of Baker, Montana: Grassroots and Integrity Move the Local Elections”