Rinku Sen, president and executive director of Race Forward, wrote an open letter to the prosecutor, Angela Corey, and the legal community in connection with the Jordan Davis killing. The Alliance for a Just Society is proud to be among those adding their names to the list of signers in support. Please click the link at the end of the letter and add your name: 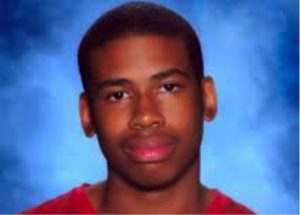 We write this letter out of our deep commitment to racial equity, as well as to the principles of fairness upon which this country was built. The trial of the People of Florida v. Michael Dunn underscores the need for our legal system to understand and address racial bias. We are not all attorneys, so we will not offer a detailed legal analysis here. What we can offer, as veterans of racial equity efforts nationwide, is some reflection on the racial dimensions of the case and how they can be addressed constructively.

We present these thoughts with a full sense of the difficulty of your work. There is no campaign attached to this letter, nor further action planned.  We hope to spark a dialogue that can move our country forward on the highly charged topic of racism, especially as it plays out in our nation’s legal system.

THE ISSUE: Silence on Racial Bias

Something went wrong in efforts to seek justice for the death of Jordan Davis. While we applaud the conviction on charges of attempted murder, we are concerned about the jury’s failure to reach a verdict on the murder charge. That is not only disappointing – it is dangerous. It indicates that a portion of the jury believed the shooting that resulted in Jordan Davis’ death was justifiable, despite evidence to the contrary. While we fully understand the unpredictable nature of juries, we are convinced that this is a case in which implicit racial bias played a role.

We are heartened by your intention to retry Michael Dunn on the murder charge. Whether in the retrial of this defendant or in cases your office will try in the future, we urge you to replace your team’s current race-silent approach with a race-explicit strategy. Such a strategy requires educating your staff about how racial bias operates in the legal arena, developing methods to uncover it, and where appropriate, using a race-explicit approach.

We understand there is pressure to avoid explicit mention of race in courtrooms, with the possible exception of hate crimes cases. This is, frankly, no different from similar pressures in business, schools, hospitals and other arenas in which leaders have adopted a race-silent ethic. Yet we also know that most Americans do not want to be racist and are open to interventions that help them recognize when they may be interpreting facts or the law through the lens of implicit racial bias. Absent an explicit counter-strategy, these biases can and do affect any number of discretionary decisions that are made in our legal arena.

Twice now prosecution teams under your leadership have chosen not to clearly and unequivocally name racial bias as a factor in the killing of black teenagers: first, in the trial of George Zimmerman, and second, in the Dunn case. In the Dunn trial, your team chose not to point out that the defendant had an expectation that his request to turn down the music would be accommodated. When it wasn’t, his level of rage was exacerbated by the notion that a white man has authority over a young black man. A clear explanation to the jury of this phenomenon would have helped them assess the validity of the defendant’s claim that the perceived threat required deadly force as a response.

We all hold implicit racial biases. These biases affect judge and jury, many of whom would not claim or even be aware of having them. An article in the 2013 issue of the North Carolina Law Review defines implicit bias as unintentional bias arising from attitudes and stereotypes that affect our understanding, decision making, and behavior, without our even realizing it. Most Americans have implicit biases toward people of color, particularly toward blacks. Not because they seek to be harmful, but because implicit bias has “…its roots in negative, highly pervasive stereotypes about Blacks, which are perpetuated by our culture in subtle, highly effective ways.” Identifying and naming implicit racial bias as a factor in legal settings can be and is being done, but justice demands we do more.

We must name racial bias in all its forms throughout the legal system.

Rigorous research and common sense tell us that while “Lady Justice” may wear a blindfold, many lawyers, judges, plaintiffs, defendants and jurors do not. We understand that each case requires its own set of decisions and strategies. Explicit racial analysis may not be appropriate in many situations. We do, however, urge you to build your team’s capacity to consider race straightforwardly where it has a rational bearing in explaining both what happened and why in a given case. Jurors, in particular, need education and guidance to recognize the many ways in which racial bias works, just as they need to be educated about forensic reports or medical evidence. However, ensuring more just outcomes within the legal system requires a commitment on behalf of all of its players – law students and professors, lawyers, witnesses, experts, judges and jurors – to name and acknowledge the role of racial bias. While there is work being done, there is much new ground to break. We hope that you will break it and that your peers in the legal profession will follow.