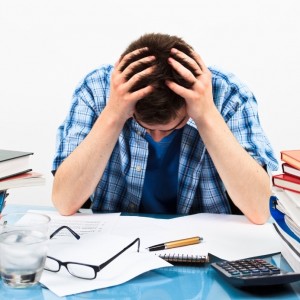 A college degree was once an investment in the future, a path to a good job, a home, car, vacation and money set aside to retire some day. But that college education has for many, become a ball and chain limiting future growth. Unless we begin to address this debt issue we will continue to see a growing chasm in American society – those who have access and wealth –  and those who have mortgaged their future with little way to dig themselves out of debt.

Since the Great Recession began, states have dramatically cut their allocations for higher education. Nationwide, higher education budgets have been slashed 27 percent since 2008 or more than $2,300 per student.  We are just now beginning to see the effects on our economy – and the great risk to our future.

The Consumer Financial Protection Bureau reported recently that outstanding student debt has surpassed $1.2 trillion and is growing rapidly – more than doubling in the last decade. In an effort to deal with the debt, families are forgoing or delaying important life milestones. Having children, buying a first home, or purchasing a new car, are just some of the major decisions being delayed by student debt.

A recent survey by the National Association of Realtors shows that among first time homebuyers 54 percent indicated that student loans had a negative impact on their ability to save for a down payment. While home sales have largely rebounded from recession lows, the percent of those sales to first time homebuyers is down nearly 10 percent from historic trends. This lag in first time homebuyers has the potential to drag down the entire housing market just as it is beginning to solidify.

It’s also an important indicator that economic recovery will not be what many hope.

The Federal Reserve Bank of New York released their own study of the student debt impact. From 2009 to 2012, those with student debt saw their rate of homeownership drop 50 percent compared to those without. The finding upended traditional thinking – that student debt signals higher earnings and higher chances of owning a home.

It’s not just homeownership rates that are plummeting for young people: car purchases have declined as well. Aside from a slight spike in 2012, new car purchases by millennials have been on a steady decline that correlates closely with this explosion of student debt. In fact, new car purchases by 25 year olds are down 8 percent since the recession began.

Additionally, with credit scores diverging between those with student debt and those without, the stark reality is that education is no longer necessarily the key to economic security. With that in mind, many of our brightest are rethinking attending university.

The real question is what price will we all pay when the next generation can’t afford their future?

This is the second in a three part series by the Alliance for a Just Society, looking at the high cost of student debt for our country and our future.  Read part one: “Families and Our Future Sinking in a Sea of Student Debt.”