Nearly a year after the passage of health care reform, the Alliance for a Just Society convened members of its Health Rights Organizing Project, a national collaboration of grassroots community organizations working on health care, to reflect on that victory and to develop next steps in the long march towards an equitable health care system.  This was the first face-to-face meeting of the coalition since health reform was made law in March 2010.

The group tackled a range of issues during their day together: fighting back against federal and state attacks to Medicaid; innovative efforts to educate and engage grassroots members in state implementation of health reform; developing a strategy to protect funding for critical federal programs; and, creating strong language access protections through implementation rulemaking. They emerged from the meeting with new ideas to test in their state work and with a renewed sense of connection and energy to continue the shared fight for health equity. 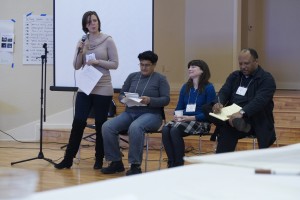