This is the fifth part in a series of posts that will explore some of the leading organizations from around the country that are engaged in unearthing and combating the influence of money in the political process. 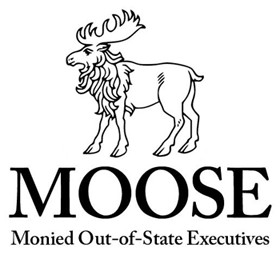 members of the Maine People’s Alliance held a “press conference” in March 2011 thanking Maine Governor Paul LePage for giving them such a good return on their investment in his campaign. The MOOSE praised LePage for his quick work in “working to strip away health care coverage, decimate the state’s environmental protections and destroy Maine’s labor unions” in just his first two months in office.

Click here for a copy of the media advisory.