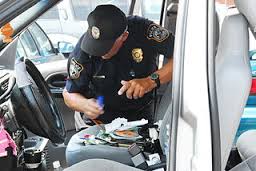 In 2010, after a lengthy fight, Colorado passed a state law that required police officers to inform people of their constitutional right to refuse a search of their person and/or property. The goal of the law was to reduce traffic stops, searches and intimidation stemming from from discrimination.

Law enforcement officers at the time said the legislation threatened their ability to do their jobs. Supporters of the law said it would force police to focus on probable cause and not waste resources on fishing expedition-type searches. The debate drew sharp focus Constitutional protection from unlawful search and seizure and the right to refuse.

Join us on Wednesday for an analysis of the policy four years after its introduction, and details of the organizing campaign and process used to win passage of this important legislation. Have stronger informed consent procedures, helped reduce police profiling and harassment of communities of color and immigrants?

Hillary Jorgenson, Interim Executive Director of Colorado Progressive Coalition, let the coalition’s work to pass the Affordable Care Act, expand Medicaid and protect Medicare. She recently took the position of CPC political director and is now serving as the interim executive director for the organization.

Tania Soto Valenzuela, is a as the Racial Justice and Civil Rights organizer with Colorado Progressive Coalition. Originally from Mexico, her interests and work are with the migrant community, racial justice, food justice, and education.

Consent to Search Policy in Colorado  – A Case Study

Hosted by: Alliance for a Just Society and Colorado Progressive Coalition