AJS convened our fourth Institute for Pragmatic Practice (IPP) Symposium in Los Angeles on September 6 and 7.  IPP strives to create space for organizers, policy makers, community leaders and academics to come together and think through innovative strategy and approaches to current issue. Participants came from all across the country: Washington DC, Idaho, Illinois, Massachusetts, Maine, Montana, North Carolina, New Hampshire, New York, Oklahoma, Washington and Oregon. The topic of last week’s IPP was Our Economy: Envisioning and Organizing for Economic Justice Beyond Capitalism..

The failure of our current economy has had devastating effects: the collapse of the housing market, the jobs crisis, rising student and household debt, and the deepening race and gender disparities. The concentration of wealth has grown to unprecedented levels. We face a world economy in its deepest crisis in 70 years, and progressives here in the US have struggled to articulate and implement a new, shared vision of economic life beyond capitalism. It is truly one of the biggest challenges we face at this moment in our history. In Los Angeles, we explored how we might reframe our existing campaign fights to push an alternative economic viewpoint, and how progressives might move beyond issue campaigns to reform our existing economic system and put forward a real alternative to capitalism. 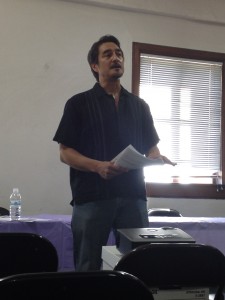 Michael Guerrero (above), the former National Coordinator for Grassroots Alliance for Global Justice, kicked off the symposium with his keynote address Structural Adjustment in Latin America: Fighting Back and Moving Forward. Guerrero spoke about how Latin American countries have allied to resist domination by the IMF, the World Bank and multinational corporations, and then led a group discussion about what their experience could teach us here in the United States.

Throughout the two day seminar, AJS brought together some of the best and brightest for a series of engaging and thoughtful panel discussions. Some highlights: 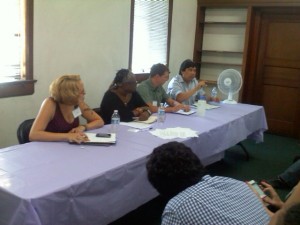 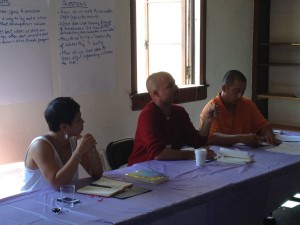 We ended our symposium with four afternoon workshops: