After more than two and a half years of preparation, KBWE Radio Voz de Magic Valley, a project of Idaho Community Action Network, is near completion.  KBWE—and the campaign to establish it—will provide a focal point for the growing role of Idaho’s Latino and new immigrant community in Idaho’s Magic Valley. It will catalyze ICAN’s work to promote the leadership and empowerment of the Magic Valley Latino community. The geographic area that the station’s will reach is home to about 45,000 residents, including a growing and under-served Latino population of at least 12,000.

There is little Latino community infrastructure in this part of Idaho. The heart of Idaho’s Latino community has largely been located in Canyon County and adjacent to the Boise metropolitan area. Historically, the agricultural cities of Nampa and Caldwell together host the state’s largest Latino population of around 45,000. It is in these communities that the infrastructure to support Latino cultural, language and services needs exists. Canyon County houses a Mexican Consulate, Terry Reilly Health Services (the largest community clinic system founded first to provide Migrant health services), the state’s Migrant Center, and the Hispanic Cultural Center, to name a few key institutions.

In contrast, the infrastructure serving the unique needs of the state’s growing Latino population who are located in the Radio Voz service area is thin. The region’s recognition and acceptance level of the presence of Latino people is low. Few Latino elected officials hold office. Few key positions in the schools, local banks and other key and visible leadership roles are held by Latino’s. The Cassia county comprehensive plan does not even contain the words Latino, Hispanic or Spanish language – even though the county is nearly ¼ Latino.

Spanish language radio is one of the most effective means of communication with the Latino population and it is particularly appropriate for this service area given the huge rural distances. A University of Chicago study of Hispanic Media Usage conducted in 2010 indicates that Latino radio usage is higher than the US average. Fifty six percent of the study subjects reported using Spanish language radio routinely. The rate was even higher for those families using Spanish as a primary language. The study also pointed out that Spanish language media was the most trusted source of information on politics, health and community issues.

Unfortunately, the commercial Spanish language media in Idaho is increasingly does not reflect the strong values of the Latino community regarding the preservation of language, culture and community. The programming reflects national branding with little local input. Idaho stations tend to be owned by conglomerates like Bustos Media, which at one point owned 30 stations located in CA, WA, OR, UT, TX, ID, and CO.

That is why the Media democracy movement, which has opened up FM bandwidth to community-based organizations, is so important to the Latino community of the Magic Valley, and to ICAN and its partners in producing a community radio station. This is an opportunity for ICAN to produce programming and provide services that affirm the Latino community’s identity and language, and which equip the community to protect their unique interests as a minority in a primarily white state. The FCC granted a construction permit to establish KBWE under the charitable status of ICAN, so there is not only need, there is opportunity. 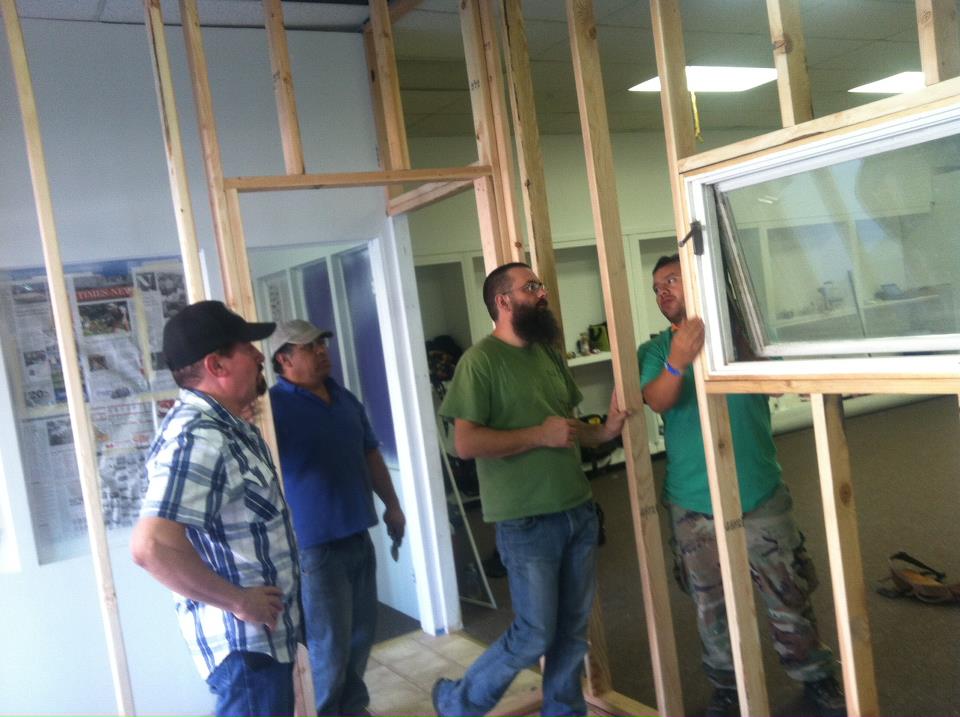 Burley based immigration reform activists have joined with Latino small business, the religious community and others to labor with ICAN and its partners to produce the areas first bi-lingual, community radio station. Even the local Mexican music bands have joined the initiative seeing that there is currently no place for them on the airwaves in the Magic Valley.

KBWE will serve an area encompassing most of Cassia County, the majority of the populated area of Minidoka County, and portions of Blaine, Lincoln, Twin Falls and Jerome Counties in the Magic Valley located along the Snake River Basin in Idaho. Three of these counties – Cassia, Blaine and Lincoln – are recognized as Frontier Counties – a designation reflecting the nature of these intensely rural places which is recognized by the Western Governors Association and the National Rural Health Council.

There radio committee is planning an inaugural event around Thanksgiving weekend.