Last Wednesday, the nation celebrated May Day, and for the seventh consecutive year immigrant rights and immigration reform were the focus. Immigration Reform has taken on new life as the Senate, the President and the people of this country take bold steps toward fixing a broken immigration system. Our nation cannot keep 11 million people living in fear.

The Alliance for a Just Society has fought for the reform of our nation’s immigration laws and actively supports the efforts in key states through our affiliates in Oregon, New York, Colorado, Idaho, Montana, Washington, Nevada, and Maine.  Grassroots leadership in these states has been crucial in generating momentum for Comprehensive Reform by hosting local actions, building stronger coalitions and sending delegates to meet with Congressional leaders in our nation’s capital. Most importantly, they have brought families and individuals who live with the effects of this nation’s broken immigration system every day—into the forefront, speaking out and taking action.

The May Day mobilizations came a critical moment where the nation has a reform Bill in front of it. On April 16, the Gang of Eight put its Bill in front of the Senate. There are some parts that a better than any version put in front of Congress; but it’s not perfect. The best way to strengthen the Bill is to mobilize voices, many of them, thousands of them, in new constituencies to create more leaders on the ground ready to address their members of Congress. At this moment we need to keep pushing our Senators to create fair pathways to citizenship and commit themselves to family unity policies that keep families together, here and now, and reunite them with loved ones.

And for the thousands of supporters gathered in the streets and parks in each of these states, the message was, is and will be tomorrow, that the Time is Now for Immigration Reform.

Coalitions including faith leaders, union leaders, Native Americans, African, Asian and Latin American immigrants, lawyers and elected officials came together today to say loud and clear that it is our shared Dream that will move this country forward.

The people who were out by the thousands need to continue their fight, raise their voices louder and make history for 11 million undocumented immigrants. It is up to us to make sure we land on the side of what is fair, reasonable, just.

A sentiment and shared dream echoed from state to state:

“I pledge allegiance to the flag, of the United States of America. And to the Republic, for which it stands, one nation, Under God, indivisible, WITH LIBERTY AND JUSTICE FOR ALL…

Liberty and Justice for the 2 million Dreamers who want to go to school, get an education and contribute to our countries economy…” Isai Galvez led several hundred Mainers in a Pledge of Allegiance. 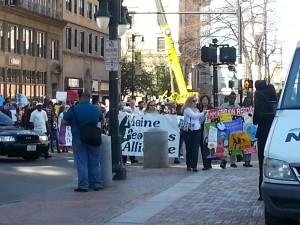 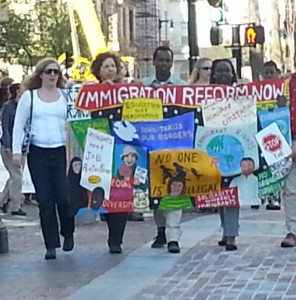 Several hundred Montanans ignored the 3-6 inches of snow on the ground, met up in Bozeman and listened as Amy Aguirre told the story of her and her husband, him without documents and her always wondering what was coming. 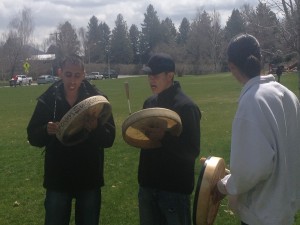 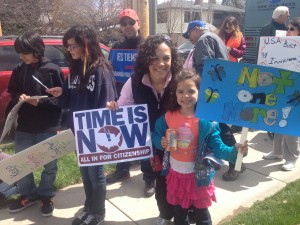 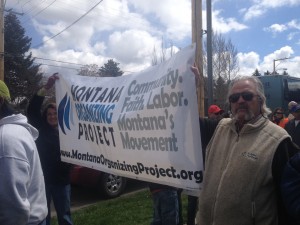 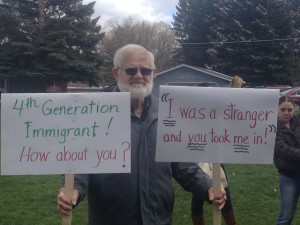 Boise watched as the crowd grew throughout the day. At first account, there were a few hundred people. By 7:00PM—2000 people had rallied together. They chanted, marched and were resolved that this was one more step toward immigration reform 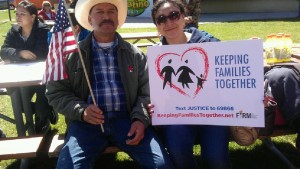 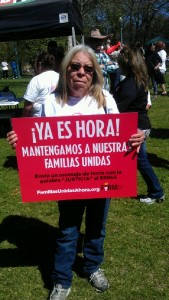 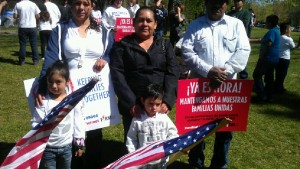 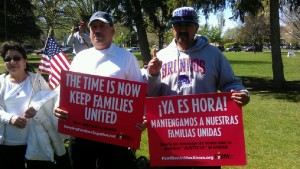 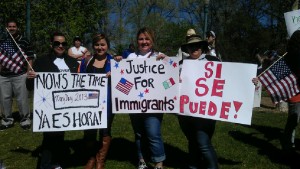 Both Reno and Vegas took to the streets. Senator Harry Reid stepped forward, and addressed the crowd, “We are going to fix a system that’s broken. We are going to do full reform, not piece meal it here or there. We want nothing less than comprehensive immigration reform and we’re going to get it done!” 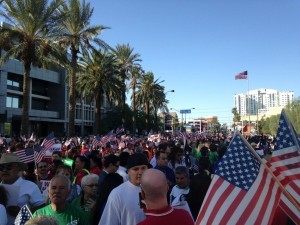 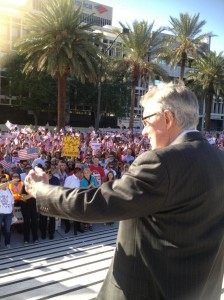 Seven cities sent out the call and people stepped up to take on some of the most conservative voices in Washington State delegation to the House of Representatives. It was no accident, and it was bold and refreshing. 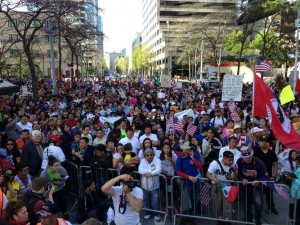 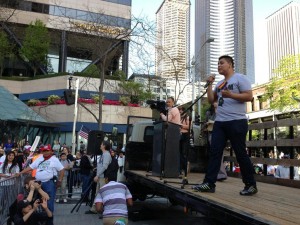 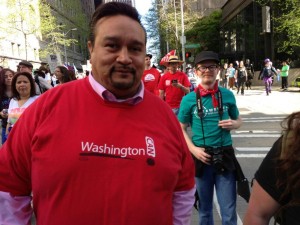 The highlight today came as Governor Kitzhaber sat down in front of the crowd, growing by the minute. He sat down and legalized drivers licenses for undocumented workers. 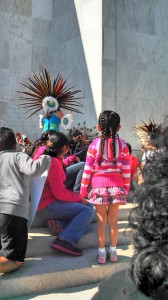 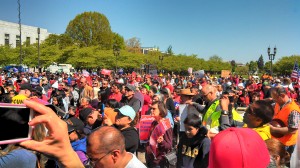