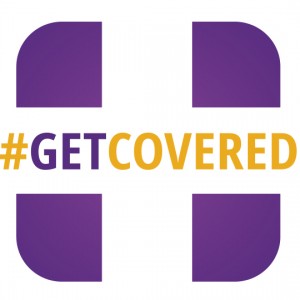 It isn’t often we want to reach out and simply congratulate everyone for a job well done. Since 2009, when President Obama held the first summit on healthcare, we have tirelessly organized millions of grassroots voices to  demand affordable insurance coverage for every American.

It took engaging constituents in town hall meetings, going door-to-door to encourage them to not only support the law but to volunteer and become leaders in the fight. Together with countless grassroots organizations nationwide, we met with lawmakers and often moved our opponents into supporting the law.

And today, after decades of living with a broken health care system that has taken a heavy toll on our communities, particularly communities of color and low-income communities, there’s now a light at the end of the tunnel. The Affordable Care Act train will keep rolling forward – even if the lights in Washington are turned off today.

Despite the efforts of conservatives in Congress, starting today and over the next three months, millions of people across America will start to learn about new health insurance options and take the small step of signing up for coverage in the new marketplaces. When that coverage starts on January 1st, we’ll take one giant leap for health justice in America.

Make no mistake: shutting down the government in a last-ditch attempt to derail health care reform is a reckless act. It will harm basic services in local communities, hurt our economy, and undermine job growth. But it won’t stop the promise of quality, affordable health care that is now the law of the land. That promise will not be repealed, delayed, or shut down.

There is, of course, still a lot of work ahead to fully realize the promise of health justice. We’ll need to help millions of families learn about their new options under the ACA and get signed up for coverage. We’ll need to make sure lawmakers in hold-out states either see the light or feel the heat to change course and expand Medicaid. We’ll need to challenge the power of Big Pharma to get prescription drug costs under control. As the ACA rolls onward through this big day, we’re rolling up our sleeves to keep pushing forward.

I wanted to take this moment and acknowledge the tremendous work that it took to pass this landmark legislation and for the continued commitment of all of us to the fight for justice in our healthcare system.