This is part fourteen in a series of posts that will explore some of the leading organizations from around the country that are engaged in unearthing and combating the influence of money in the political process.

Democracy North Carolina released a series of “Highway Robbery” reports available at http://www.barryyeoman.com/highway.html. They uncovered that members of a highway board moved projects that benefited them personally. This led to a series of resignations and reforms. In this case, this was a tag team effort with journalists conducting the investigative reporting and Democracy North Carolina researching the financing of campaigns. 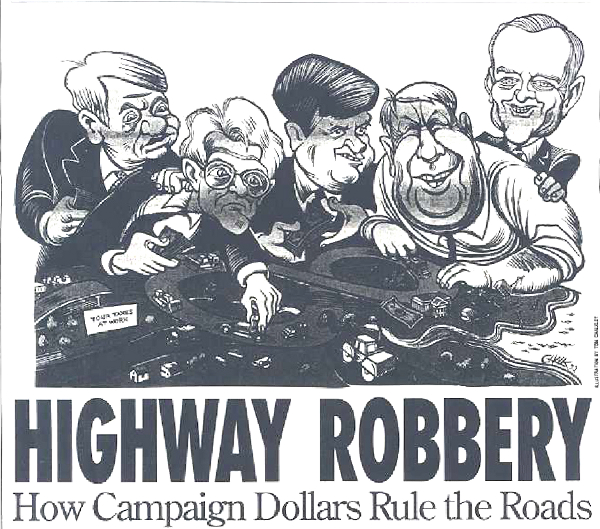 Additionally, Democracy North Carolina exposed a case where a nursing home operator was found illegally financing the campaigns of state lawmakers who had the power to regulate the reimbursement rates the nursing home received. This all started with a series of donations that looked suspicious, from people making $4,000 donations who had no prior history of political contributions. Upon closer inspection, it was found that the nursing home operator had gotten some cashier’s checks, put his employees’ names on them and sent them in. Because he had mixed up the addresses of his employees (the same street address in different cities), Democracy North Carolina telephoned the employees who denied any knowledge of political donations. This was published in a report and released to newspapers. The nursing home operator was subsequently convicted of campaign finance fraud.