It seems we keep referencing Bill Daley’s recent post Has The Budget Crisis Du Jour Got You Down?. Maybe that’s because it gives you have a pretty good sense of the impending debt lid crisis that 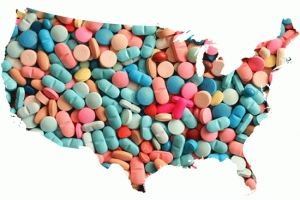 is due to hit in July, and that we need to be ready to push back against efforts to cut Medicare and Medicaid as the debate over the budget deficit heats back up.

Frankly, we need to move austerity off the table.

Deficit hawks have become adept at creating a near-hysteria about spending so that they can try and force deep cuts in vital social programs like Medicare and Medicaid.  But fiscal austerity will have a profoundly negative impact on benefits and beneficiaries. Austerity is not a solution.

These programs are not the problem; they are the solution through which we can attack rising health care costs. Rather than mounting yet another attack on beneficiaries of these programs, we should instead go after the profiteers who actually are causing the problem.

A number of solutions have been introduced in Congress to bring down drug prices for beneficiaries and for taxpayers. Senator Jay Rockefeller has introduced The Medicare Drug Savings Act, which would require drug companies to provide rebates to the federal government for drugs used by a group of beneficiaries often called “dual eligibles.” These beneficiaries are predominantly low-income seniors and people with disabilities who qualify for both Medicare and Medicaid.   President Obama has also proposed similar rebates in his budget, which calls for $5.6 billion in Medicare payment cuts in 2014 and an additional $400 billion in federal healthcare savings over the next decade. According to the budget, $3.1 billion over the next year would be saved adopting a rebate program for dual eligibles that would require refunds from pharmaceutical manufacturers.

Rising drug prices are a major driver of health care costs. Consumers in the U. S. pay more for pharmaceuticals than do consumers in any other nation. Laws created in the U.S. Congress protect and preserve the profits of these companies. The U.S. permits direct consumer advertising. Our laws prohibit importation from more affordable markets in other countries. We give special patent protections and gain few benefits from publicly funded research that leads to new medicines. We even permit brand name companies to pay those who produce less expensive generics to keep those generics off the market.

One has to wonder why austerity-hawks are also opposed to creating these kinds of savings for taxpayers.

The pharmaceutical industry can afford to lower the cost of prescription drugs, but they are spending millions not to. Pharmaceutical companies spent nearly $153 million on lobbying in 2011; they employ 876 lobbyists, equal to nearly two per each member of Congress; and they made $14.7 million in contributions through the 2012 election cycle. It’s not surprising that they are spending hundreds of millions of dollars buying influence in the Beltway – the industry profits $600 billion per year in part thanks to policies that keep drug prices artificially high. But during this moment of fiscal crisis, amid rhetoric of shared sacrifice, why should the pharmaceutical industry continue to have the ability to name its own prices, while seniors – with average income of only $22,000 per year – get put on the chopping block?

These Bills proposed in the Senate Finance Committee are a good first step towards a comprehensive solution. The Alliance for a Just Society has taken a leadership role in a national grassroots campaign to pass Senator Rockefeller’s bill.  But rebates aren’t a fix-all that will prevent Pharma from profiteering off taxpayers and our most vulnerable Americans.  Reducing that industry’s influence, and addressing the profound effect that pharmaceuticals have on our health care economy will require a long-term commitment from advocates and lawmakers alike.

Big Pharma spends a lot of money to rig the system, but we have an opportunity to change that by reversing the policies that protect their profits and hurt consumers and taxpayers alike.  If we have the political will, our public representatives have the power to stop the excessive transfer of wealth from taxpayers to such a profitable industry.